I can’t remember how I stumbled across my new favorite book, Love Does by Bob Goff. 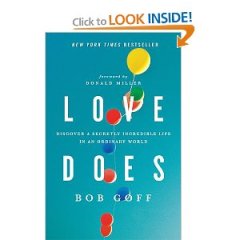 Maybe I read Bob’s bio which said he is an attorney and honorary US consul to Uganda, who offices at a picnic table in Disneyland. When he’s not in Uganda representing imprisoned children caught in a legal vacuum, he invites people dying of cancer to his house in British Columbia, so they can make good memories in the time they have left.

Bob is a ripping good storyteller and every one of his capers originates in the whimsy and extravagant love of Jesus. He doesn’t quote a lot of scripture, he just lives it and tells us what happens.

Try not to chuckle about the trips he takes with his kids or how he snuck into the Library of Congress, at midnight; or how he sent flowers to the woman who totaled his jeep, just so she wouldn’t feel badly. He didn’t replace his Jeep either, he bought a long board instead. When he’s in LA, he skates to work at Disneyland and relies on the kindness of others to get him where he needs to go.

Oh and in case you’d like to be friends with Bob, he included his cell phone number in the back of his now New York Times Bestseller. He says he answers it. So, I’m going to call him. I’ll let you know what happens. 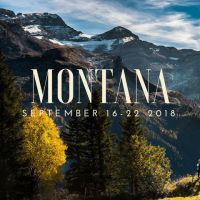 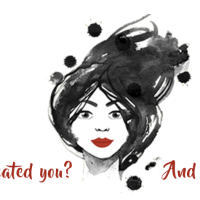 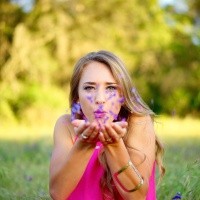 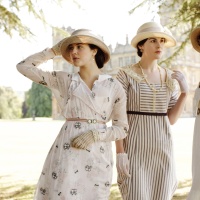 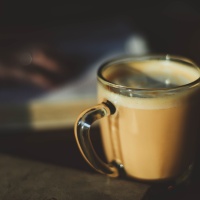 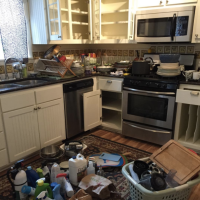 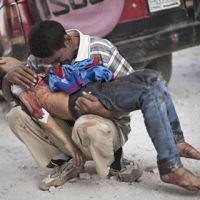 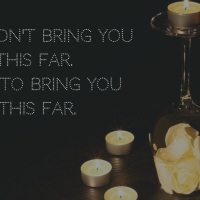 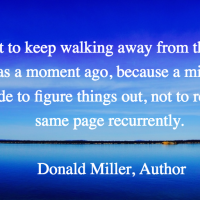