Something snapped in me this week. It’s hard to describe what the phrase “systemic sexual violence against women and children” does to me, but I think it looks like this.

I’m kicking trash cans and smashing mailboxes because Boko Haram militants pray for conception as they rape little girls, hoping to create a new generation of Islamist militants in Nigeria. ISIS sells naked little girls in slave markets in Iraq with such impunity there’s a pamphlet with an FAQ explaining how rape and enslavement are cool with Allah.

Now, before we set off an argument about which religions have, throughout history, used sacred texts to defend the buying, selling and abuse of other humans (ahem), or before we dismiss all of it saying the poor and marginalized have been abused forever, I want us to travel in our minds to a market in Ramadi and take an unflinching look at naked girl children being sold like calves. You can purchase a little girl there for $172. An orphan calf in Texas costs twice that. Now, consider those people, in the course of history, who’ve stood up, often at great personal cost, and said:

This is wrong and I’m going to fight it.

You can think what you want, but I believe I will stand before God and give an account of my life. I will answer for how I spent my abundant freedom and my deep American privilege. I’m not afraid of that day, but I really want to give a good answer – especially when it comes to desperate women and children.

If you’re not a Bible reader, here is just one of its admonitions on the topic –  words spoken by a woman, to her son, King Lemuel.

Speak for those who cannot speak. Seek justice for all those on the verge of destruction. Speak up, judge righteously, & defend the rights of the afflicted and oppressed. Prov. 31:8-9

This week author Ann Voskamp spoke up, issuing a serious call to the North American church. Abandoning her normally gentle, quiet tone, she basically yelled: Wake up Church! Quit repaving your parking lots. This abomination requires an immediate and loud response from people who still have loud voices. – Us!

She implored her followers to “Wage Love” and defy ISIS by raising $150,000 for The Preemptive Love Coalition – a small NGO in Iraq doing pediatric heart surgeries, paying tuition for kids and granting micro finance loans to Iraqi women.

By Thursday, they raised half a million dollars, I think because many people are saying, I can’t keep kicking trash cans over ISIS. I will help, but what do I do?

I often take questions like that to God, because in my experience, he gives me reliable, though often difficult, counsel. Here’s what I got:

“Give a sum large enough that you and Sam will argue about it.”

Ooooh see now, that costs me something because I don’t want to argue with Sam. But we did, then we agreed, then we gave. Yah! Go us!

And now Sam and I are a small part of that half million dollars. I’m defiant by nature, and it feels awesome to shoot ISIS the finger in a practical way. The irony is, on their homepage, PLC reminds us to “Love First” not shoot people the bird. OK. I’m a work in progress.

Here’s the thing. We we can ignore this and the myriad other issues that have us smashing trash cans, or we can do something. But if you’re stuck knowing what to do and how. Here’s my best tip: 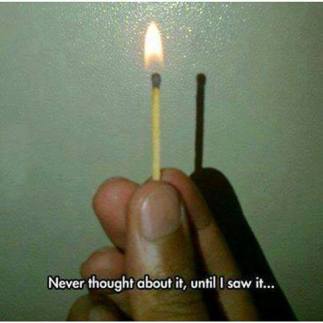 Go into your room. Close the door. Get on your knees and pray, even if you don’t really know how. Just ask. “God, I want to help, what would you have me do?” Then sit and listen. Pay attention for the next few days. Look for mysterious little invitations popping up around issues you care about. Slavery. Addiction. Bullying. Whatever. Then take a step over that threshold. Then another. Then another.

See those curious little beckonings are open doors into work that matters to you and to God. They are invitations to a big life in God’s big army. If that concept makes you queasy because of all the armies out there violating people in the name of God, here’s something to ease your mind.

Just look for the light, and that’s how you judge the army. 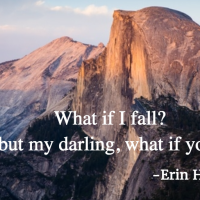