There are only two ways to live your life,” Einstein said. “One is as though nothing is a miracle. The other is as though everything is.”

Last weekend, I was drinking wine in a beautiful French farmhouse chatting with two secular humanists about Jesus. Both of them believe that a historical Jesus was probably a fabrication, definitely an institutionalized myth, an opiate for the masses and certainly not the Christ.

It was jarring, especially after spending so much time recently on a big, white ship in West Africa, surrounded by some of the world’s most radical Christians.

And yet this is where I live now – sacred and secular all tangled up together, confusing the territory, demanding that I answer the question: Why bother with Jesus? Can’t one do good work without all that? I’m learning to respond in a way that loves people regardless of my opinion on their faith. Because really, who cares what I think about their faith?

But in Provence, I was on the ropes, taking a few punches, without any big, smart Christians around to defend me and why I live like I do now.  It’s one thing to hang out with people who think just like you do, it’s another to talk openly about Jesus to a couple very shrewd, uber-rational atheists.

So, do I trust Jesus to help me speak with clarity and kindness, no matter the audience? Can I articulate what I’m doing with Mercy Ships and why? Can I talk about Jesus honestly, like he’s in the room? How do I explain, without hysteria, what he did for me to people who think he is a myth?

I don’t know. So I just told them the truth – mine.

It didn’t take long for the “Jesus is a crutch for you” comment to drop like a bomb. Considering it afresh I thought:

Jesus isn’t crutch for me. He’s a stretcher upon which I collapsed and wearily admitted that I don’t know how to quit being selfish and to do work that matters in Africa or anywhere else.  That, as it turns out, was a great place to start.

But the woman knowing what had happened to her came in fear and trembling and fell down before him and told him the whole truth. And he said to her “Daughter your faith as made you well, go in peace and be healed of your disease.” Mark 5:33-34

So it doesn’t matter where I am now, Congo, France, Texas, if you ask, I’m just going to tell you the truth, and frankly, it’s kind of messy. Sorry. Other Christians are doing the same. Meet Glennon. Meet Shauna. Meet Sarah.

Yes, it’s terrifying to lay yourself bare for others to inspect and challenge, because they do. Yes, I hear the enemy calling me a self-aggrandizing jerk and I squirm with fear and self-doubt. But every time I simply answer the question, every time I just tell the truth, inevitably a young woman will pull me aside afterward and say:

“Thank you for saying that out loud.”

And that to me is work that matters.

A few months ago, I spoke at a church in Pensacola Florida with my dear friend and fellow Love Doer Lisa Long.

I wrote about it here and if you have 30 minutes you can listen to what the two of us had to say, about living a life of love: Who it’s about, why it matters and how to do it. Lisa and I are hardly experts, but we agree that this process of becoming who God intended, is rich and diverting, and well worth the trip. 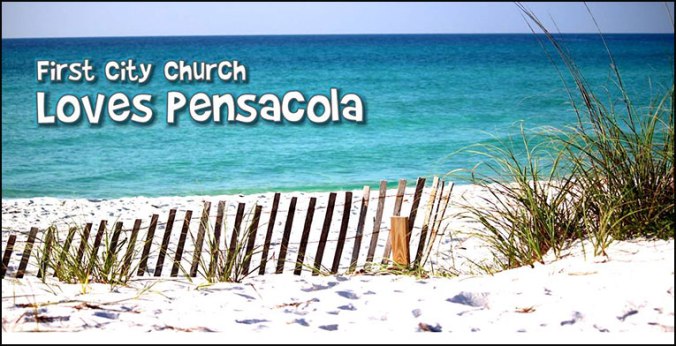 Last Sunday, First City baptized 29 people, and it was beautiful.

Now, I recognize many of you reading are skeptical by nature, leery of overt Christian symbolism and/or mad at the church, but indulge me, will you? Spend seven minutes and watch this video, because friends, this is what love looks like soaking wet.

The “Church” and its goofy humans have messed the world up so thoroughly for so long, it’s easy to level that charge at Jesus, thereby ignoring the accountability following him requires. But what we miss when we do that, what I missed for years, is the love.

The Love of God. That big sky love, with its incomprehensible vastness. The Love that invades and swallows us, eventually moving us like wind across the plains, sweeping us over prairie grass or oceans into places we can’t imagine.

When we finally submit to Jesus, we aren’t granted ease, safety or perfection, but rather love and a purpose in his very big design. Twenty nine people at First City Church signed up for that on Sunday and I think it shows on their faces.

Good on you FCC!

If there’s one thing women are really good at it’s the simultaneous delivery of sympathy and advice.

Long an advice giver myself, I’m fond of wrapping compassion, kindness and my own savvy into a tidy gift box for a friend in need, as an expression of love. The problem is, I barely understand my own life, much less yours, so who am I to tell you what to do?

In fact, I recall once wanting something so badly, I fixated on it until I was miserable. Since my friends love me and don’t want me miserable, they helped me plot its acquisition. When I finally got it, it blew up in my face. All of us acted surprised about that, but I don’t think we were. We knew it was a bad idea, we just hoped I’d get away with it.

If ever there was a case for faith, specifically Biblical faith, that’s it. We aren’t as trustworthy or prescient as we like to think, plus we muddy our own waters with selfishness and delusion.

But God never does.

As for God, His way is perfect! The word of the Lord is tested and tried; He is a shield to all those who take refuge and put their trust in Him. Psalm 18:30 (AMP)

I can feel some of you fighting that because, like me for many years, you don’t believe it’s true. That’s the bad news of faith. It is, by definition, experiential and irrational. If you could prove it before committing, it wouldn’t be faith, it would be theory.

Others of you are scanning centuries of Christian behavior, the rampant abuse and misapplication of scripture, and saying  “ummmm no thank you.”

I get it. But what do you do instead? Who do you trust? I tried trusting myself but I proved unreliable. What then?

If secular wisdom is a viable alternative to Biblical wisdom, why does it appear we are devolving as a species? Why, by our clever devices, are we destroying our planet, poisoning our food, water, air and allowing poverty to plague 2/3 of the world’s population?

I’m reading a book now called The Old Testament Template. In it, author Landa Cope maintains that Moses didn’t lead the Nation of Israel out of Egypt, into the desert. He led a ragtag mess of hungry, thirsty, whining former slaves numbering in the millions, with rocks in their hands, into the desert. There, through Moses, God taught them how to be a nation. Three hundred years later, Israel was the wealthiest nation the world had ever seen. The Bible says incredible things about a free press, debt, the judiciary, art, science, education and the alleviation of systemic poverty, we just have to look.

All that to say, the God of the Bible promises big things to people who will suffer the leaps necessary to follow his advice and obey Him. There are tools available to us, and they work. They just aren’t free.

Lean on, trust in, and be confident in the Lord with all your heart and mind and do not rely on your own insight or understanding. In all your ways know, recognize, and acknowledge Him, and He will direct and make straight and plain your paths. Be not wise in your own eyes; reverently fear and worship the Lord and turn [entirely] away from evil. Proverbs 3:5-7