Here’s an excerpt from Chapter Five of Going To The Sea. It’s called Leroy.

…So maybe it isn’t all my fault, I fashioned a version of God I liked better than the one peddled by guys like Leroy or the cable news hosts who bluster on about America’s Christian heritage and then tell their guests to shut up on tv. By my second month, on the porch with my bible, I discovered, the things I find infuriating about religious hypocrites, infuriated Jesus as well.

For example, many people, even non-Christians, have heard the story of the woman caught in adultery, because it includes the famous scripture:

“Let him who is without sin among you be the first to throw a stone at her.”

In John chapter eight, the woman was brought by the Pharisees – the Jewish religious leaders – before a crowd to be stoned to death.  It wasn’t a trial, because she’d been caught in the act. Incidentally, no, the man with whom she was caught was not dragged in with her, and yes that’s galling, but welcome to the Nation of Israel in the first century.

The woman, the scripture says, was in that dangerous position because the Pharisees were using her to catch Jesus violating Mosaic Law – something they were convinced his teaching did. Remember Jesus was a Jew, people called him Rabbi and under the law of Moses, adultery was a crime punishable by death.

“What do you say Jesus?” The Pharisees asked him.

Jesus knelt and wrote in the dirt with his finger. When he stood up, he said, “let him who is without sin among you be the first to throw a stone at her.” Then he bent down and drew in the dirt again. One by one the crowd dropped their rocks and dispersed until only Jesus and the woman were left. Then Jesus stood up, looked at the woman and said,

“Where are your accusers? Has no one accused you?”

Then Jesus said, “Neither do I. Go on your way and sin no more.”

Jesus didn’t ignore what the woman had done, he clearly called it sin and told her to knock it off, but he didn’t ball up with a bunch of buddies and throw rocks at her either – even though the law required it. It was the Pharisees who wanted to throw rocks, but they couldn’t because Jesus called them hypocrites and dared them to prove it.

It’s a lucky adulteress who meets Jesus in a crowd.

How many times have I objected to Christianity because “Christians are hypocrites?” But read the story again if you must. Jesus extended mercy when the law required death. He called the Pharisees hypocrites, nobody called him one. Even though the Pharisees were pious and observant, they were merciless and very unlike the God they tried to represent.

Because I never studied the Bible, I didn’t know who the Pharisees were or that they created one of the gospel’s great ironies.

I, like many people, accepted the news peddled by the Pharisees of the 21st century. So each time one of those peddlers got caught stealing money or in a hotel room, I’d gloat and think, “See Christians are hypocrites, therefore Jesus is a fraud.” That is a common but bizarre logical failure, made by people who are clearly not looking at Jesus, but rather at his chronically flawed human followers – even well-intentioned ones like Leroy.

That approach will always deliver cynicism and heartbreak because the Bible doesn’t say a decision to follow Jesus immediately transmutes our bad behavior. In fact, some translations say, once we surrender we are “impregnated” with God’s divine nature. Pregnant women will tell you it takes lots of nausea, bloating and many other things to give birth to a happy baby, but mostly it just takes time.

So are Christians hypocrites? Absolutely. So are Jews and Buddhists and Muslims and Wiccans and Vegetarians and Evolutionists and all the people who call themselves “spiritual not religious.” That’s because hypocrisy is endemic to the human condition. It is a failure, the Bible says, Jesus came specifically to address. 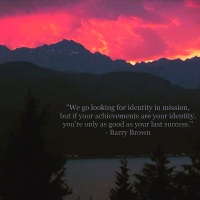 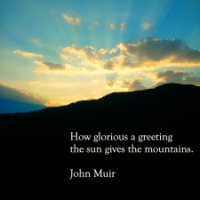